For-Profit vs Non-Profit : The Debate Continues.

It has been a buzz phrase for longer than 5 years now. St Bernard’s Hospice, along with most other established Not for Profit Organisations (NPO’s), together with their Board of Directors, have grappled with this phrase and we have even tried to embrace it. Yes we have.

When attending any CSI forums or meetings, you will hear it mentioned several times about how we, non-profits, need to be more like for-profits.

Please allow me to be brutally honest.

When hearing this mentioned, having been in the NPO Sector for more than 10 years, I find myself getting more and more frustrated. This happens over and over. For-Profit Business (and funders) will blather on about how we primitive, inept do-gooders should learn from our sophisticated siblings from the business sector.

I believe this has led to our non-profit sector having an identity issue, and I think we should resolve this if we are going to reach our potential.

Are we non-profits businesses, or are we something else entirely? I’ve spoken with a few non-profit leaders who are proud of their work (as am I) and who say, “Non-profit businesses are businesses! But instead of making money for our stakeholders, we create dividends in benefits to the community!” Because we do?!

But lately, I’ve started wondering if perpetuating this philosophy is actually harming us. Ideally, yes, we are businesses, and we should be accorded the same level of respect.

But, the frustrating reality is that we are judged as businesses without being afforded the rights and resources to fully operate as businesses.

If funders, donors and society want us to run like businesses, then great, but we also need the following please:

Invest significant funding: One of the millions of cell phone applications out there, is Bitmoji. It is an app that turns people into hilarious—and slightly creepy—cartoons. Guess what? Bitstrips, the company behind this app, got $8M in funding in 2014. That’s right, 8 million. From ONE funder. $8,000,000 in one year for an app. That turns people. Into. Cartoons.

Meanwhile, most of us, who are helping homeless orphans and hungry families and changing unjust laws and providing palliative care to those most in need—we never ever get anywhere near that. This week I found out our organisation (www.stbh.org.za) is getting a R5,000 donation, about 0.1% of our budget, and we run through our office corridors, shouting our joy for all to hear.

Make funding decisions faster: I don’t know how fast banks and Venture Capitalists take on average to make an investment, but, here’s one American VC’s answer: “For a Series A deal, I’d put the average at 4-6 weeks between term sheet signed & money in the bank.  This is inclusive of final due diligence, lawyers bickering, etc, which can take a lot longer in subsequent rounds.  Your mileage may vary.”

Four to six weeks is probably not the norm. It probably takes a little longer. But nowhere near as long as what we non-profits deal with when waiting for investment decisions, anywhere from 3 months to 15, months to whenever Saturn is in Scorpio.

Get over overhead: People are advising people to donate money based on an organisations’ overhead percentages. Okay. May I ask you – do you care how much Toys ‘R Us spend on electricity and copy paper when you buy a My Little Pony Friendship Is Magic or Spiderman action figure? Do we care how much of our $1 download cost goes to the salary of the CEO of Bitstrip when we buy an add-on package? If for-profits are allowed to spend money on advertisements (99.9% of the ads on TV and in print are about for-profit stuff!) then why shouldn’t we non-profits? If for-profits can have decent work spaces and competitive salaries, why shouldn’t we also? Tech workers are making salaries close to 300K to engage in various projects, many of which fail, while many non-profit folks make a fraction of that doing things most of us would agree are important to society, and we have to defend our wages each day.

Get over sustainability: No one goes into an Apple store and says, “How are you going to sustain your business after I’ve bought my iPhone and I’m no longer here?” If a product is good and you want the company to keep making it and developing new models, then you buy it and you tell your friends about it, that’s how the business is sustainable. Same should go for non-profits. If services are good, support the non-profit so it keeps providing them.

Increase funds to parallel results: A huge difference between the two sectors is that for non-profits, the more successful we are at achieving results, the more expenses and liabilities we incur without an equal increase in revenue. An after school program does well and triples the number of students it serves, for example, doesn’t automatically get triple the funding/donations it receives; if anything, it will still struggle to keep existing revenue sources, as few funders do multi-year investments. If you want non-profits to act like businesses, then prepare to increase investments as results and demands increase.

Accept risk and failure: For some reason, it’s OK to invest millions into Google Glass, or the Amazon phone, or the various buy-outs of smaller companies, or whatever, only for them to fail, lose a ton of money, and then chalk it up as a normal part of business. And yet, society invests much smaller amounts to solve complex entrenched social and health problems, expects miracles, and gets disappointed when we don’t meet outcomes. It’s going to take a while, and significant resources, and the acceptance of failure if we have any hope of solving serious issues like homelessness, human trafficking and people dying alone in great physical pain.

Speaking of failure, about half of all new businesses fail after four years. As South Africans we know it takes 3 – 4 years for a new business to break-even. (Some estimates are as high as 80% failing after 18 months. And “incompetence” accounts for 46% of the failures.)

Can we just not be the awesome, life changing, hope giving and dignity restoration warriors that we are? Do we need to compete with for-profits on their terms when we are so different?

I am open to counterarguments, and would love to hear from you, but right now, I don’t see the advantages. If we want to be seen as equal to, and treated with the same considerations as, for-profits, then we need to fight for the above demands. Society needs to provide non-profits with the same level of funding, speed of investment, flexibility, autonomy, and acceptance of risk and failure, or else stop trying to get us non-profits to be more like for-profits.

The world can’t have its non-profit cake and yet withhold the for-profit icing. Either we are fully businesses, with all the rights that entail, or else we are beautiful and complex snowflakes of equity and justice and need different considerations.

Until we resolve this, until society’s priorities shift so that we invest R8 million in improving the foster care system or helping people diagnosed with Cancer die in dignity …..a non-profit organisation cannot be expected to be a for profit.

And a Non-profit who tries to adhere to the pressures placed upon it and strives to professionalise its services……..should then not be labelled as a “not-for-profit with too much money”. More on this in our next newsletter.

Thank you for being part of the debate, and for assisting St Bernard’s Hospice with providing quality palliative care to anyone in need, regardless of their economic background.

This article was written with the assistance of Vu Lay of Rainier Valley Corps. https://nonprofitaf.com/about/ 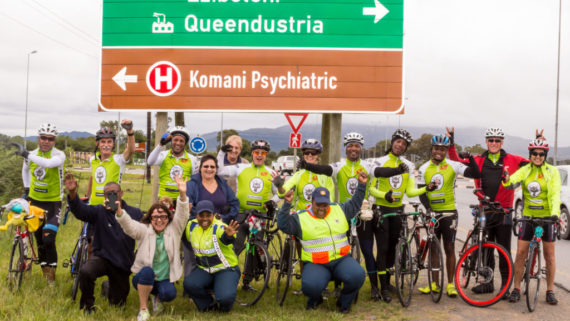 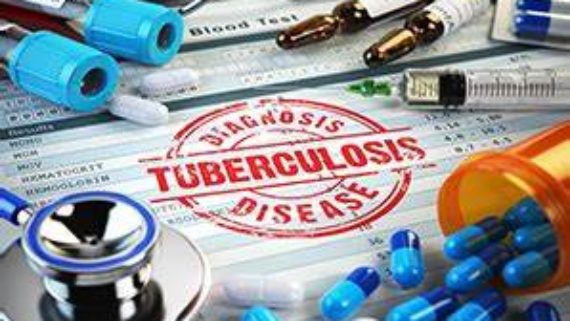 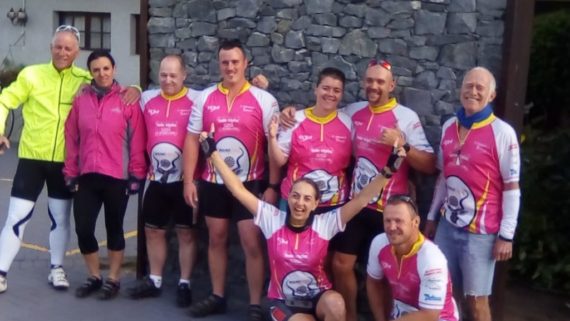 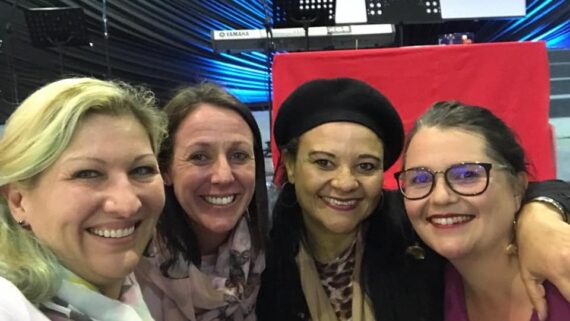 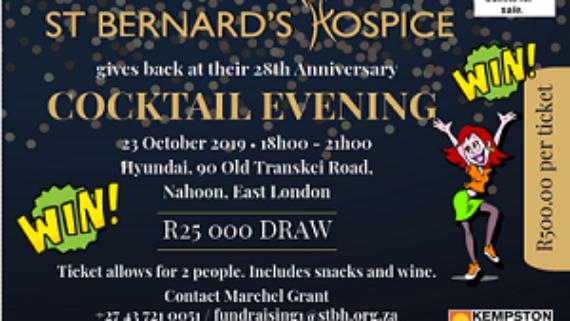 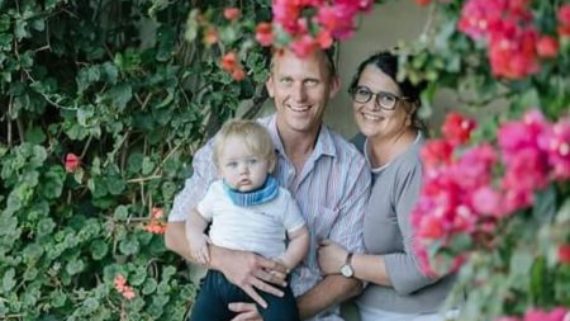 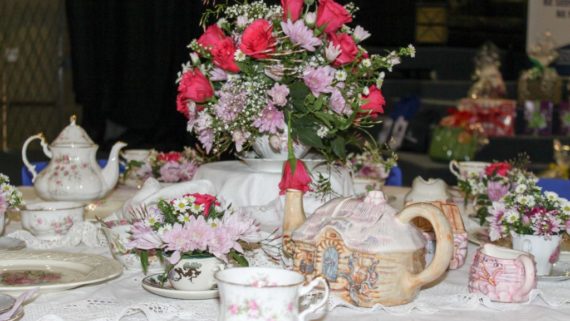